Tea on the Telephone: A meditation in a time of change. 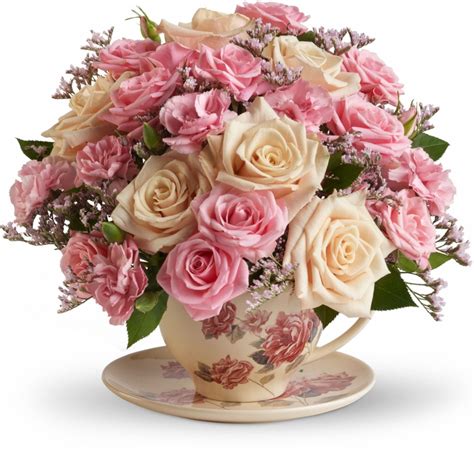 Everyday at 3 o’clock John and I have been having tea over the telephone. It’s been one great way to be together during all of these months when separation is the most healthy thing to do. The tea and cake sate our afternoon peckishness (yes, there is such a word) and fussing around with bringing the water to the pot or the pot to the water. I’ve never quite gotten that straight. And we’ve been surprised at how easily we can consume an hour with clever chit-chat, brilliant insights, political truths, and hilarious good fun.

But there’s a back story to our shenanigans I’d like to share. This charming custom of visiting on the telephone with something to drink and something to eat is a gift given to me and us, for that matter, by two wonderful, elderly ladies almost 40 years ago when I was a young rector.

Late one afternoon I was visiting with Margaret, a formidable, but always exciting woman. She loved to quiz me. As she stared through her pince-nez I felt like I was taking an oral exam. But she had a wry sense of humor which more than made up for this. It was time to go and I got up. However, Margaret asked if I could stay for another half hour. I could. Just then the phone rang, and before she picked up the receiver she said, “By the way, we’re having drinks with Marjorie.”

Now Marjorie was another parishioner. More often than not she was hilarious. But especially she was gracious, sharp, and very thoughtful. Margaret and Marjorie had known each other since the 1920’s when they were young wives and mothers. They’d been very active members in our parish since then. They never missed the Thursday Holy Communion or the Sunday 11 o’clock Morning Prayer and Sermon. Margaret’s oral exams were usually about how do Christians deal with life. Marjorie was more interested about whether or not I really meant what I said in the pulpit. These charming ladies were still involved, though at a distance, in the community of All Saints Wynnewood which had been part of their lives for many years.

But back to the phone call. “That’s Marjorie”, my hostess said. She picked up the phone. “ Marjorie. The Rector’s here. He’s going to join us for a drink!” Margaret asked me to go into the den and use the phone there. A glass of sherry and nibbles were put before me. I picked up the phone and I greeted Marjorie with “ Well, this is a surprise. Great to join you both.” Without dropping a beat Marjorie asked, “What are you drinking, dear?” “Sherry,” said I. And then I heard, “Really, Margaret we’re having Manhattans and he’s only got a sherry?” “ Well, of course. He’s a clergyman.” was the reply. Not a minute after, I heard Marjorie respond, “Come on Margaret, you know the rector better than that.” And a Manhattan miraculously appeared before me. You won’t be surprised to learn that I stayed longer than half an hour. It wasn’t just any cocktail party. Obviously, I’ve never forgotten it.

The point of having you join me at this afternoon parish call is not about cocktails, Manhattans or sherry. Possibly it’s about reaching out. It’s the kind of thing that Grace Church Cares does, for example.

Margaret and Marjorie had great families, still lived in their homes, had generally good health, and with the help of others could get out and about. Much of their lives were the same. But the absence of their dear husbands left a great gap in their lives.
Not doing things on a whim cut to the core of feeling independent. Wondering where their energy went could push them toward depression. Old age worked its best to push them to the sidelines of life.

I don’t know what moved them to take up telephone Happy Hour, but they revamped their twice a week phone calls into a version of what they’d done each evening when their now dead husbands got home from work. Instead, they had a relaxing time with a dear friend who knew them very well indeed, who would listen, who would laugh, who would share. No doubt about it, Margaret and Marjorie certainly were reaching out as close friends do.

But I believe that something else was happening. They were teaching me about change.

God knows we all need a lesson or two about change these days. It swirls around us at a furious speed. There’s no escape. Those of us who are naturally dynamic and who can’t wait to embrace the newest thing in vogue and those of us who are natural sticks-in-the-mud cannot avoid the effects of change; good, bad, or indifferent. I must confess that this has been a constant concern for me since COVID19 raised its ugly head so many months ago. (Some of my friends who accuse me of being a card-carrying Luddite aren’t far off the mark!)

So how is it that you and I in the community of the Faithful might look at change?

First, let me say that this question is called a “Coffee Hour Question” by many clergy. It’s really worth asking, but a thorough answer would take far too long. But let’s have a go at it anyway.

It strikes me that perspective is the key. You and I are blessed with endless of resources which can help us make up our minds about almost anything. But in the life for which Jesus has chosen us, we’re supplied with a pretty astonishing perspective. In his Letter to the Philippians Saint Paul lets us in on something. “Have this mind among yourselves, which is yours in Christ Jesus,” (RSV 2:5), he tells us. Why did Paul share this insight with the Philippians? They were being persecuted. Life was absolutely uncertain. Would they be dead or alive tomorrow? An appalling situation. You get the picture. Yet some of these concerns are our concerns, are they not? Life in NYC today isn’t a vicarage tea party.

But Paul wants us to realize that being part of the faith community has a benefit which we should never overlook, especially now. We have a way forward, a different perspective on life. Not to put too fine a point on it, we need to consider Jesus’ mind. We must do this not as part of some sort of holy anatomy lesson, but to understand that his mind is the only place where love and peace live and flourish no matter what’s happening outwardly. Paul is telling you and me something which may have escaped our notice in our despair. We can look at the horrors and confusions which beset us from Jesus’ viewpoint, from the perspective of love and peace. In another translation of this text we are told that we can have the same “attitude” Jesus has because he empowers us to have it. I suggest that this is a rather different view of reality than we often hear about or read of on the TV or internet.

One more thing. Obviously I’ve not said a word about this being easy or even fair. Sorry about that. But as you may recall Jesus never made claims in that direction either. However, what he did say was that as we try to embrace his attitude and open our minds to unite with his mind, he would always be with us.

Way back in 1981 I was much blessed when I stayed that extra half hour to be with Margaret and Marjorie for drinks on the telephone. You might think that it is naïve of me to claim that having Happy Hour on the phone can make all things new. It doesn’t. But what it does do is remind us that just slogging through, just sitting in a corner sadly and letting opportunity pass us by, just resisting change for the sake of resisting change is not much of a strategy for life in God’s kingdom.

I remember that Margaret and Marjorie said their prayers, often letting God know of their troubles and difficulties with changes in their lives. They read their Bibles and often grilled me about why a text might not tell them what they needed to know. They came to worship, to be near to Jesus and to be in the midst of the community which also wanted a new perspective on life too.

Those dear ladies allowed me the privilege which C.S. Lewis talked about when he said that the next best thing to being wise oneself is to be in a circle with those who are.

So, try it out. Whichever is appropriate for you and a friend. Tea on the Phone or Happy Hour on the Phone. You just might end up on the road to the new perspective Jesus holds out for your life.